It has to be one of the most contentious parenting disputes after a divorce. How do you introduce or act towards a new partner that will be a part of your child’s family from now on? This article discusses some do’s and don’ts regarding new partners in order to avoid parenting disputes.

A common point for dispute is how soon a new partner should be introduced to the children. Their lives have already been turned upside down by a divorce. Many parents fear that they may not be able to cope with more change. However, the effect of a new partner is individual to each child. Of course you should not be introducing a new stepmom or -dad after two or three dates, but if the relationship is serious, then with time your partner will in some way become part of your family unit.

If you can still communicate with your ex-partner, then it is important to sit down and discuss what a new partner will and will not do within the family. Parents should remain the primary carers, but in most cases a stepparent will also have a role within the family (cooking, cleaning, picking up from school or sports occasionally etc.). If the other parent is aware of a new partner and takes a neutral stance, then the children are also more likely to easily accept a new partner. They do not feel disloyal to the other parent. You do not have to like who your ex is dating, but you do want your children to be happy.

There are some instances where ‘integrating’ a new partner can go too far.

In a recent case, the dispute centred around the fact that a young child kept calling their father’s new partner mommy. The mother requested the father to discourage the child from calling her mommy. The father did not really see the problem. His partner’s children called her mommy, so it was natural for the younger child to copy them. The judge did not agree. The court held that (generally) a child has only one father and one mother. By using mommy or daddy (or similar terms) for other people, the child can become confused about its roots and family bonds. It should always be clear who the child’s parents are. The father was ordered by the court explain to the child that his new partner is not their mommy and to call her something else.

In another case, the mother went to court in a dispute about the visiting roster. In her opinion, the children should always be with her on her new partner’s birthday. The judge was of a different opinion. Though it is usual for the children to spend their parent’s birthday with them, this is not automatically so for new partners.

The other end of the scale

At the other end of the scale is a parent that refuses to acknowledge any role for a new partner in the life of their child. In one case the mother repeatedly refused to let her child attend its father’s wedding with his new partner. She did not say outright that she did not want the child to attend, but refused to swap days so the child could attend. She then stated that she had planned a trip for exactly that weekend. The father took the case to court. The court held that her father’s wedding celebrations, which her step-siblings would also attend, was an important life event the child should not miss.

Communication is key to good, or at least neutral, relations with your ex-partner and any new partner. An effective way to work on better communication is via mediation. The mediator takes a neutral stance and gives both parents room to voice their concerns. Often past emotions and even fear will play a big part in how a parent reacts to a new person in the lives of their children. These need to be voiced in order to move on. Mediation provides a confidential and controlled environment to do this. And if there are other issues that were not resolved at the time of separation, these can also be tackled at the same time.

For more information on family mediation or regarding parenting disputes, please contact us: 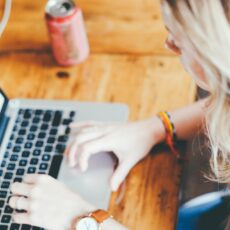 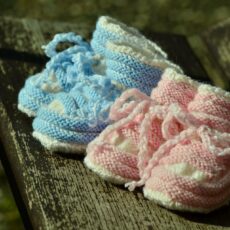