You found your dream home. And as far as you were concerned everything was perfect until a crisis arose in your marriage. You are now getting a divorce. But who gets the house? Your spouse was never that interested in the house, but suddenly they want to keep it.

Sound familiar? This article discusses a few common legal and practical problems with the family home faced by couples getting a divorce in The Netherlands.

Who owns the house?

That firstly depends if you are married in any form of community of property regime, either according to Dutch Law or a foreign law.

If there is a community of property and the house is part of the communal property, both spouses will generally own 50 %. Neither spouse has a better legal right to remain in the house upon divorce.

Up until 2018, unless there was a prenuptial agreement, couples in The Netherlands were automatically married in total community of property. Virtually all property owned by the spouses is joint, whether acquired before or after the marriage.

As of 2018, limited community of property has been introduced as the standard in The Netherlands. Couples married according to Dutch law from 2018 onwards only have communal property from the date of the marriage. If the house was bought after the marriage, and there is no prenup, then the ownership is automatically 50-50.

If you have a premarital agreement with separation of property or the house was fully owned by one of the spouses before the marriage dating from after 2018, then the house is owned by that spouse. The owner can demand the other spouse leaves the property within a reasonable term (see below for exceptions).

If Dutch law is not applicable to your marital property regime, then the law that is applicable will decide whether the property is jointly owned or not. Foreign prenuptial agreements drawn up by an official authority are generally recognised as valid in The Netherlands.

Be careful of shifting (property) boundaries

There is a big BUT when it comes to the new marital property regime applicable in The Netherlands from 2018. Many couples live together before getting married and they may have bought a house together before they actually got married. This is not a problem if both spouses previously each owned 50 % of the property before the marriage. After the marriage the ownership ratio stays the same.

However, if parties bought a house and the ownership is not equal, for example because of the relative investment of both spouses, say 70-30, they must confirm this ownership ratio in a premarital agreement before the marriage. If they neglect to do so, the family home automatically becomes part of the marital property. Both spouses will then automatically own an equal share, irrespective of what it says in the property deeds.

Who gets to live in the property in the short term?

Irrespective of ownership, a spouse can request an interim measure from the family court for the duration of the divorce to remain living in the family home. The spouse must have a pressing need to remain in the home. A common reason is that the spouse wishing to remain has primary care of the children. A spouse may also claim to not have the money to find other accommodation in the short term. As social housing is scarce at the moment, this argument can be compelling.

As part of the divorce proceedings, a spouse may also request the right to remain living in the family home for a maximum of six months after the divorce is registered. Again, this is irrespective of who owns the property. Six months is the maximum term. After six months the property must be vacated if it is owned by the other spouse.

How does the court decide who gets the house?

If you can both pay for a jointly owned house after the divorce and you cannot agree which of you will take it over, then the court may have to toss a coin. The court considers which spouse has the most need or attachment to the house. This could be that one spouse works close to home or even in the home. If a home has special facilities to cope with a disability, this may also be a reason to award the home to the person that needs them.

If a house is fully owned by you, then the court cannot order you to sell it to your ex-partner, no matter what pressing need there may be. In exceptional circumstances, if they are liable for a mortgage on a property you own, the court may order you to sell the house on the open market to pay off the mortgage.

What if I want my ex-partner to remain in the home?

May couples feel that a divorce is enough upheaval for the family without having to move the children out of their familiar home as well. This is particularly so if the primary care giver has a low income and cannot buy or rent a similar house after the divorce. We regularly hear that couples divorcing amicably want either for the house to remain in their joint name or one party wants to leave the other in their property.

However, this can have unforeseen complications. For one, paying for a house your ex lives in, is generally deemed as spousal maintenance by the tax authorities. They may tax your ex-partner for maintenance ‘in kind’.

Another problem is that you can only receive mortgage taxation relief (‘hypotheekrenteaftrek‘) if you are living in the home yourself. There is a special dispensation for the first two years after you leave the marital home. After the two year term, mortgage relief ends and the house passes on into capital gains tax.

If you are considering having one of you remain in the home without a buy out, we recommend you get specialist tax advice to avoid problems later on.

If the house remains in both parties names, then the continued joint ownership may prevent the other spouse from financing a new home. The spouse remains liable for the original mortgage.

An emotional consideration is if the ex-spouse living in the home forms a new relationship. Often, the other spouse can feel they are paying for a new partner to live in their house. It is important to make clear arrangements at the time of the divorce what happens in this case.

How are the proceeds divided?

That seems easy: according to ownership. But, like many divorce issues, this can be more complicated than you may think.

If there is a Dutch total community of property, then the division is 50-50. There are virtually no exceptions to this rule.

If there is a separation of property, then the proceeds will generally be divided according to ownership. However, private investments in the property must be returned.

Spouse A has € 50 K in savings at the start of the marriage, spouse B has zero. They buy a house after the marriage, which they own 50-50 and they have a joint mortgage. Parties want to renovate the house and the € 50 K private savings is used in the renovation.

When they come to sell the house, there is a profit of € 100 K after the mortgage is paid off. If A can prove that their savings went into the renovation, then they will receive 50 K back from the proceeds.

You can avoid conflicts later on by making clear arrangements on paper at the time the investment is made. For example, you can agree that only the nominal investment will be returned upon sale of the property. If the property is fully owned by the other party, you may want to think about a loan agreement or postnuptial agreement.

The above describes situations that commonly arise regarding the family home during and after divorce. This in no way constitutes legal advice. Always seek advice on your personal situation from a professional advisor.

If you have any questions regarding the division of the family home, please do not hesitate in contacting us. 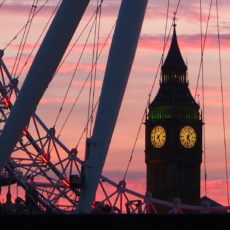 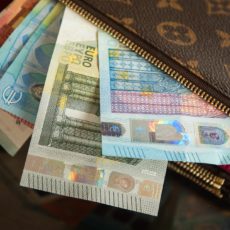 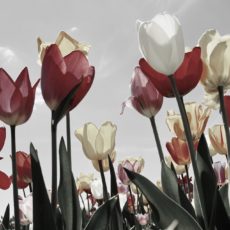