Expatriate allowances and maintenance in The Netherlands

Expatriates regularly move around the world for their job and often receive additional allowances for this. Allowances are meant to compensate for differences in the cost of living in another country, costs of relocation, costs of education or loss of income by a partner due to relocation. But, if the relationship ends during a posting, how are these expatriate allowances treated when calculating maintenance in The Netherlands?

If you have relocated to The Netherlands, different allowances may have been offered to encourage you to relocate. Allowances that have a one-off character are generally not regarded as stable income and will not count towards maintenance. For example, the EU staff regulation allows for a one off installation allowance of up to two month’s salary for the costs of relocation to another country. This will cover removal costs and any advance rent on the lease of a house.

However, if an allowance is far higher than the actual costs involved, the surplus may counted as extra income. It may then be used to calculate maintenance in the year of receipt.

Expatriate allowances when working in The Netherlands

An employer may reimburse part or all housing costs for the expatriate. Housing allowances are often an incentive for the employee to move to the host country. The housing allowance may be a fixed percentage of income or related to actual housing costs. This allowance tends to supplement spendable income, as your total costs are lower.

Expatriates with dependents (a spouse/ partner and/ or children) may qualify for a household or dependancy allowance. This is also usually a percentage of basic salary and can vary based on the number of people in the household.

Is an allowance spendable income or not?

In general, the Dutch courts hold that expatriation, housing and household allowances are a part of parties income during their time together. You must prove that you have specific personal costs that are covered by an allowance. If a courts accept this, the court will also disregard the costs involved in the further calculation, as they have been compensated by the allowance.

An education allowance will generally be disregarded, as this is a specific allowance for the benefit of the employee’s child and relates to quantifiable costs. If the education allowance does not cover all education costs, then the additional costs can be subtracted from your payment capacity. If the allowance is higher than actual fees, the surplus will be added to your spendable income.

Highly skilled migrants may also be entitled to a 30 % tax ruling during their time in The Netherlands. The implications of a 30 % ruling for maintenance are explained in an earlier post on Dutch Divorce Lawyer.

Expatriate allowances when working outside of The Netherlands

When working outside of The Netherlands, different allowances may apply.

In addition to the allowances mentioned above, expatriates may receive a hardship allowance. This allowance compensates for dangerous working conditions or restricted living conditions in unstable countries, making the job harder than it would be in the home country. The Dutch courts have held in some cases that ‘danger money’ has a specific purpose. Therefore, all or part of the hardship allowance was disregarded due to the highly personal nature of the allowance. However, each case is judged individually and the courts may come to a different conclusion based on the circumstances.

If the country you have been posted in from The Netherlands is more expensive to live in than the Netherlands, then you may receive an allowance to compensate for this. Larger organisations will often refer to fixed tables that compare the cost of living between different countries. The cost of living allowance is meant to compensate for real differences in costs between the home and work country.

In cases where one spouse returns to The Netherlands and the other remains working abroad, the question is what status this allowance has. Allowances that combat higher costs of living in the host country have previously been disregarded when determining the returning spouses needs. The returning spouse will, after all, no longer have these extra costs. The person receiving maintenance benefits from the extra allowances during the marriage. However, they do not need them after they return to equal the same standard of living as before.

When calculating maintenance each allowance must be tested individually. Are the expatriate allowances individual and cost based or do they boost spendable income without a specific goal? Does the allowance compensate for hardship in a foreign posting? And finally, does the person requesting maintenance need the allowance to equal the same standard of living after the divorce?

At Dutch Divorce Lawyer we regularly handle maintenance cases for expatriates and would be happy to advise on your situation.

Expatriate allowances and maintenance in The Netherlands 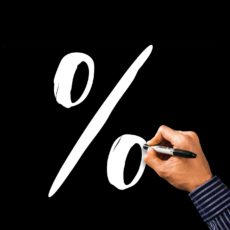 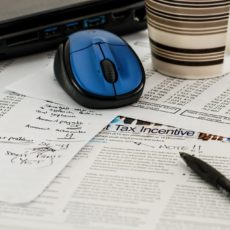 Lower tax deduction for spousal maintenance in The Netherlands from 2020